The JV Boys Soccer Team moved to 2-0 on the season behind the strength of a 4-2 victory over the visiting Magen David Warriors Tuesday night (3/8) at the Falcons Nest in Brooklyn, NY.

The rival Warriors came in looking for a win in their seson opening game, while Flatbush was looking to build on their season opening win over YDE the week before.  From the outset, the Falcons made sure that the boys from MDY would have a tough time of it in the Nest.  Showing that the play against YDE was no fluke, the Falcons controlled the ball as Head Coach Eli Amzalag has been exhorting them to do so all through the pre-season training sessions. It paid early dividends as Sophomore Ohad Reichman scored early and often for Flatbush.  Reichman would finish the night with a hat trick, a three-goal performance! 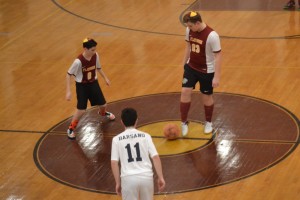 Defensively, the Flatbush JV’s turned away attack after attack.  Keeper Eddie Sabbagh was a rock solid wall in net, lifting the Falcon supporters with a number of point blank saves.  In front of him, Yossi Ojalvo and Ricky Levy were equally solid and intensely focused on defense. 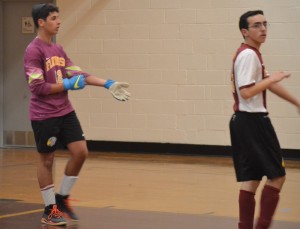 Offensively, Yaron Sternberg was a powerhouse, steering the attack from his midfield position, and energizing the entire team.  Sternberg scored the other Flatbush goal, and Sophomore Brian Fuks added an assist. 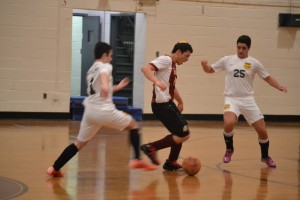 It was a great team effort from start to finish, and though it is early, the Falcons are now a perfect 2-0 on the season. 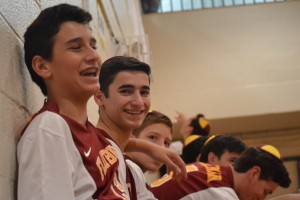 NEST NOTES: These two teams are back in action for the second time in this home-and-home series on Thursday night, 3/10.  It is the first game of a JV/Varsity doubleheader scheduled for Magen David Yeshivah HS, with the JV game slated to start at 6:30 pm.