Interscholastic indoor soccer made its debut in Flatbush’s Middle Division Tuesday night (4/25) as the Boys team travelled to Solomon Schechter School-Queens and the Girls team hosted Rosenbaum Yeshiva of North Jersey with mixed results as the Girls fell to an older, more experienced group while the Boys came back to Flatbush with a big win in their opener.

The Girls welcomed the Jaguars from Rosenbaum to kick off the inaugural season of Middle School soccer play, and fell behind early to their guests, never really able to put pressure on the visitors.  But, the team from North Jersey showed that they are a very experienced group of players while the Falcons are a very young bunch, comprised primarily of 6th graders and a small handful of 7th graders.  That difference in experience showed itself from the outset, but the Falcons battled hard for Head Coach Esther Wortman, managing to get a goal and avoid being shut out by the Jaguars.  As tough as it is to compete in such a setting, the experience will serve the young Falcons well as they move forward both this season and into the future. 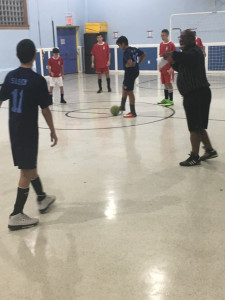 The Boys faced a more balanced challenge in their first foray into competitive soccer, and came away with a rewarding 8-6 win in Queens.  The Falcons were led by the steady play in net from goalkeeper Jack Levy, who blocked a number of very hard shots over the course of the game.  He was helped defensively be very strong play from Jacob Ruben. 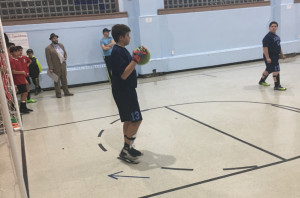 Offensively, Flatbush’s Aaron Vays was on fire, registering 5 goals on the night.  He was complimented by the solid play of Jack Hadar who kicked in two goals himself and recorded 2 assists to go along with them.  Rounding out the scoring for Flatbush was Sammy Reghini who found the back of the net for a goal. 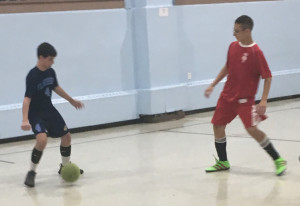 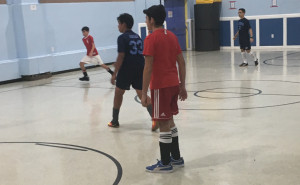 Head Coach Andrew Sternberg was very proud of the showing put forth by his Falcons.  “What a great job the boys did.  And, Aaron Vays was just AMAZING!  It was a great start, and we will look to build on it the rest of the season.”