The Flatbush JV Boys Soccer team had a very short stay in the MYHSAL Playoffs, falling behind early and never being able to recover as they were bounced out in the quarterfinal round by a score of 12-0 by the Frisch Cougars on Wednesday night (5/10) in Paramus, New Jersey. 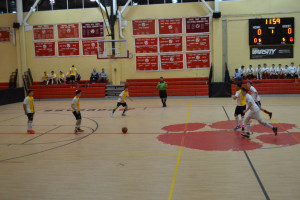 Playing on the road is tough, and never more so than when playing in a playoff atmosphere. 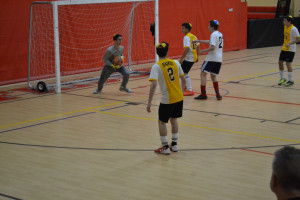 Flatbush fell behind 1-0 just 30 seconds in when a defensive clear was knocked down by an overhanging side basket and the Cougars capitalized by driving the loose ball into the corner of the Falcon goal.  Flatbush settled in and got a little offensive pressure from attackers Josh Wicentowsky and Albert Hamui, but a few minutes later, Frisch blasted a top shelf shot just under the crossbar to increase their lead. Flatbush Goalkeeper Steven Hafif then made a beautiful lead toss to Wicentowsky who got behind the Cougar defense but just could not toe the ball home.  And, Frisch quickly flipped the field and blitzed the Falcon defense again.  Taking advantage of the large playing space, Frisch continued to spread the Falcons out and, employing skilled passing, stretched their lead to 6-0 after one period of play. 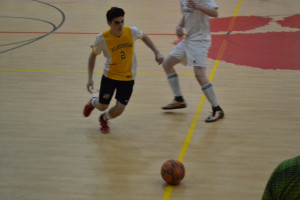 The second period saw Michael Soussan and Michael Gammal get a few good looks at the Frisch net, but did not find any success.  Flatbush had two great chances in the period to get on the board; one when Soussan got the ball ten feet out on the wing and just could not get enough leg on the ball to redirect it towards the goal, another when Hamui blocked a clearing kick from the Cougar goalie that nearly ricocheted back into the open Frisch net. But neither was successful.  The Falcon defense tightened up, and Hafif made a few gorgeous saves in the waning moments of the period.  But, Frisch did manage one more goal early on and took a 7-0 advantage into intermission. 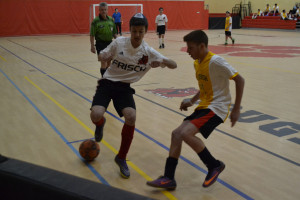 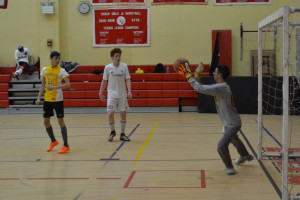 The third period was more of the same. Soussan and Wicentowsky had chances early, but were defended well, and Frisch managed to build on its lead.  With the clock winding down, Soussan had a golden opportunity, the best for Flatbush all night, but again came up empty.  And, though Hafif and the Falcon defense made a few stops down the stretch, Frisch managed one final goal with 3.5 seconds to play, ending the Falcons season by mercy rule with a final score of 12-0. 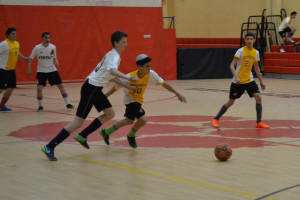 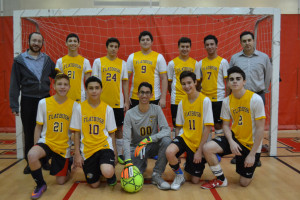 NEST NOTES: In a show of great sportsmanship, the two teams enthusiastically agreed to play a final period.  Flatbush finally got one on the board as Wicentowsky put one home inside the left post.  He got a second one when a Gammal shot rebounded first off the goalie then off Wicentowsky’s leg and back into the Cougar goal.  Gammal got one of his own moments later. Flatbush won the “extra” period 3-2. 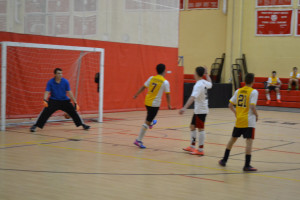 The Varsity Boys’ Soccer season ended in similar fashion in the quarterfinal round as well.  The Varsity Boys lost a 10-0 decision to the HANC Hurricanes on Tuesday, 5/10, in Hempstead, NY.