The Flatbush JV Boys Soccer Team continued to roll towards the playoffs on Monday night (3/26) with a convincing win over the Westchester Hebrew HS Wildcats, securing the 7-point automatic victory margin with minutes to play, 12-5, at the Falcons Nest in Brooklyn, NY. 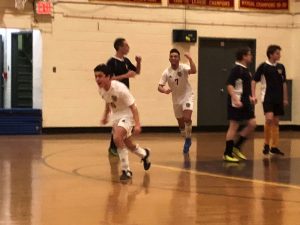 The first offensive flurries belonged to the visiting Wildcats, but the Flatbush defense deftly parried the attacks.  The Falcons controlled the tempo the rest of the quarter.  It took some time, but eventually Josh Wicentowsky found the back of the net to put Flatbush on the board first.  A few minutes later, Michael Soussan looked to add to the lead, but his blast hit the crossbar.  No worries, though. Moments afterwards, Soussan took a touch pass from Wicentowsky and knocked it home for a 2-0 lead.  Flatbush got goal number three when defensive specialist Nathan Sidaoui settled a ball then fed Wicentowsky for his second goal of the game.  With 21 seconds to play in the opening quarter, Westchester finally got one past Falcon Keeper David Lindner, but it took only 4 seconds for Soussan to get it back when his drive from just over mid court spun through the Wildcat goalie.  At the end of the first quarter, Flatbush led, 4-1. 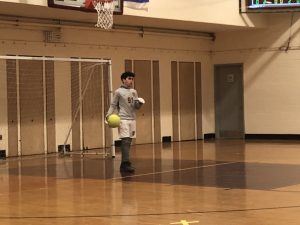 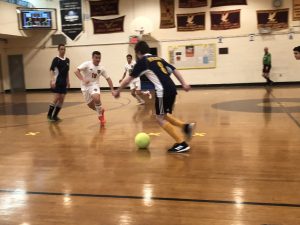 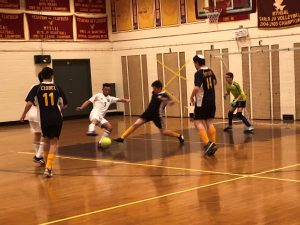 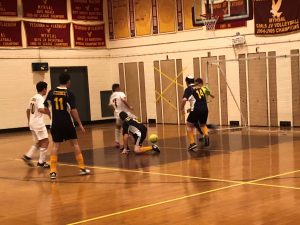 Two minutes in to quarter number two, Wicentowsky completed the hat trick, giving Flatbush a 4-goal lead.  The Falcons defense continued to be a wall, with Sidaoui – along with a rotation of Ikey Tawil, Shlomo Tangy and Sasson – keeping the zone clear, and Lindner pulling in everything that came near the net.  Of course, it helps to be lucky, too. And Lindner got a helping of that at the 3:25 mark when Westchester had a near open goal, but put the shot directly into his knees, rebounding harmlessly away.  A minute later, though, the Wildcats got one through.  Again, Flatbush answered right back, with another Wicentowsky goal. Once again, the Falcons allowed a late-quarter goal, and at the intermission, Flatbush held a 6-3 advantage. 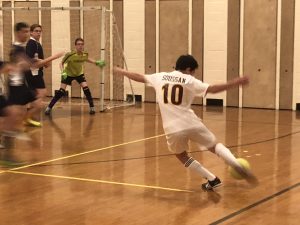 Lindner came up with two great saves in the first half of the third quarter. Then, with 5:25 to play, Tangy found the back of the net.  Lindner again came up with another big save. And, moments later Soussan drove the ball home from a hard angle on the left wing to lift Flatbush to an 8-2 lead.  Soussan almost got goal number nine when he was on the receiving end of a great pass from Isaac Kroub, but his finish hit the post.  Westchester got the next goal, their first of the period, with just under a minute to play in the quarter.  Soussan again answered right back.  Then, again, Flatbush ceded a goal with seconds remaining, and with one quarter left to play. Flatbush held a 9-5 lead. 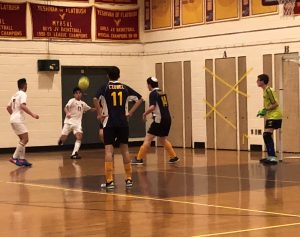 Moshe Hasbani nearly scored in the opening minute of the final quarter of play, then recovered to make a goal saving clear on the defensive end.  Three minutes later, Soussan scored again, for a 5-good al Flatbush lead.  Yonatan Guy got goal number 11 when he took a pass from Lindner and poked it past the Wildcat keeper.  A Tangy pass which Wicentowsky deflected home sealed the game with just over 1:30 to play, as Flatbush earned the 7-goal mercy decision. Final score: Flatbush 12, Westchester 5. 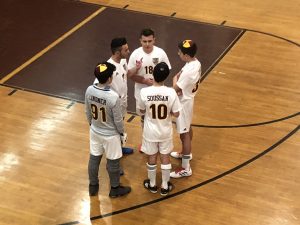 NEST NOTES:  The win runs the teams’ winning streak to four straight games, and puts the JV Boys’ record at 4-1 on the season (with three games left to play).  The Falcons now go on break for the Pesach Holiday.  They will return to action on Wednesday, April 11, when they host the YDE Thunder in the first game of a JV/Varsity Doubleheader.  The last time these two teams met, Flatbush came away with a 10-8 victory.  Game time is set for 7:00 pm.