The Flatbush Falcons JV and Varsity Soccer teams were most inhospitable hosts Wednesday night (4/11), as they scored early and often to take a doubleheader sweep of the YDE Thunder at the Falcons Nest in Brooklyn, NY.

The JV squads opened the evening’s contests, and it took less than one minute for Flatbush to get on the board, as Josh Wicentowsky took a Shlomo Tangy pass in front of the YDE goal, did a double step and poked  the ball past the Thunder keeper.  He repeated the task a few minutes later for an early 2-0 Falcon lead. Wicentowsky completed the natural hat trick with a one-timer off another beautiful Tangy feed.  YDE got one back at the 5:22 mark when a penalty restart crossed untouched through the crease and a Thunder winger pushed the ball home in the open corner of the Falcon net.  Flatbush had the answer, though, as moments later Michael Soussan scored on a blast, reclaiming the 3-goal cushion.  Flatbush got one more goal with 8 seconds left in the quarter, this time with Wicentowsky feeding Tangy, who knocked the ball off the crossbar and in off the back of the Thunder Keeper.  The score stood 5-1 Flatbush at the end of the opening quarter. 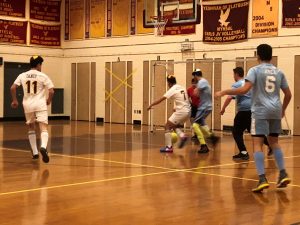 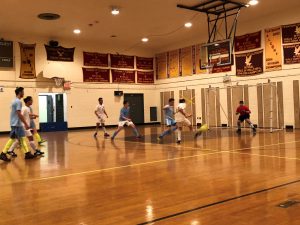 Isaac Kroub got in on the action, picking off a YDE pass and string up Wicentowsky for another goal 1/2 a minute into the 2nd quarter.  YDE scored next, but Flatbush continued the onslaught, as Soussan and Wicentowsky each scored again to make it an 8-2 lead with less than 2:30 gone.  Defensively, David Lindner was sharp in front of the Falcons cage, and Nathan Sidaoui helped keep the Flatbush defensive zone as clear as possible.  The Thunder got another goal, but Flatbush got another from Soussan and a final pair from Wicentowsky before the end of the period. At the intermission break, Flatbush held a commanding 11-3 lead. 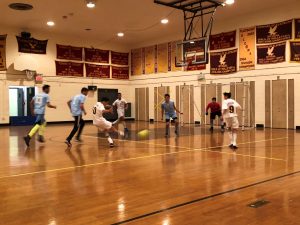 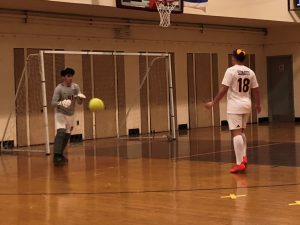 Two minutes in to the second half, Flatbush rung up another goal, this on a Soussan score off a Jack Levy touch pass.  Three minutes later Soussan scored again, a blast from just over the mid court line, and with just under 5 minutes left in the quarter, Wicentowsky scored again.  Each team would get one more goal, but with a goal differential of greater than 7, the game was official.  Put it in the win column for the JV Falcons, with a final score of 15-4. 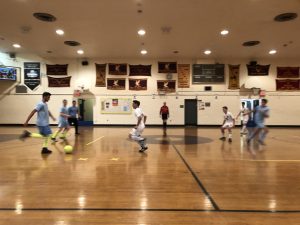 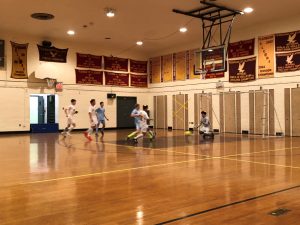 The varsity teams stepped out next, and the Flatbush defense flashed its skills first, with Keeper Eddie Sabbagh making two nice early saves. Flatbush’s offense then made its presence felt, with Abie Soussan spinning a shot from outside through the Thunder Keeper to open the scoring. Soussan registered Flatbush’s second goal as well, and this one was much more definitive, as he turned and blasted the ball from mid court into the back of the Thunder net. At 7:54 Soussan completed the natural hat trick, poking home a pretty pass from the just inserted Albert Hamui.  Shortly thereafter, Hamui would get a goal of his own.  Sabbagh continued to play stellar goal, picking up two more big saves to keep the Thunder off the board. At the end of the opening quarter, Flatbush held a 5-0 lead. 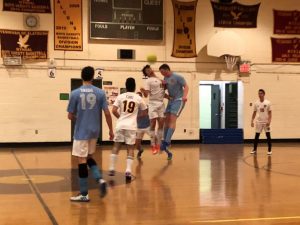 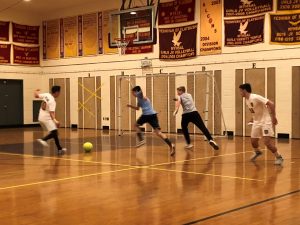 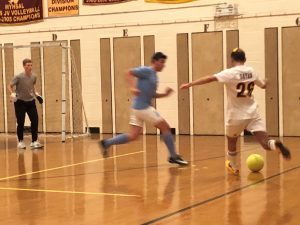 YDE finally solved the Sabbagh puzzle, catching the Falcon keeper having ventured to far out in front of his goal, lifting a slow floater just past him for their first goal of the game.  A patient Soussan got the goal back, working methodically to beat the YDE goalie.  Soussan struck again minutes later, sending home a nice centering pass from Dani Aiash.  Soussan scored again with just under 6 minutes left in the half, plucking a Yaron Sternberg rebound out of the air and driving it home for an 8-1 Falcon lead. Sternberg then got one of his own as he turned on a ball to beat the Thunder goalie.  Meanwhile, Yossi Ojalvo played masterful defense, easing the stress on Sabbagh, helping turn back the YDE attack.  With under a minute to play, Jason Dayan scored on his second chance shot.  It gave Flatbush a 10-1 lead, which they took into the locker room at the half. 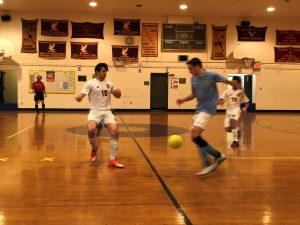 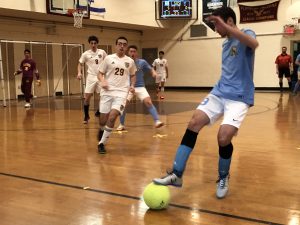 Ojalvo nearly scored after taking the ball up the sideline, but it was the Thunder that got the first goal of the second half just moments later.  Flatbush got “3 shots for a quarter”, with first Sternberg shooting high, then Liel Edri putting the Sternberg rebound right on the keeper and finally Soussan heading home Edri’s rebound with “highlight-reel-quality action” to answer the Thunder strike.  Soussan struck twice more for three goals in less than two minutes, and a 13-2 lead.  On an oddly awarded penalty kick, Sabbagh denied the Thunder as the shooter pushed his shot wide of the net.  With 55.5 seconds left to play, Soussan scored one final time.  With a +7 goal lead at the end of the third quarter, the game was in the books with the final score: Flatbush 15, YDE 2. 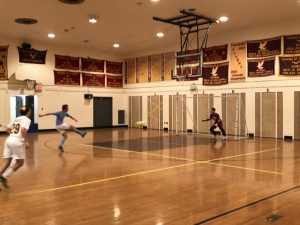 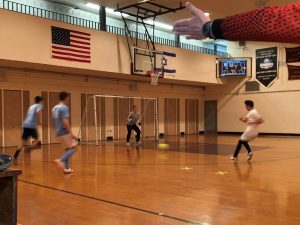 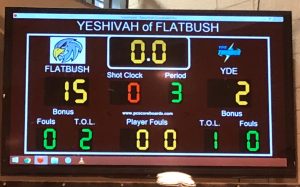 NEST NOTES:  The JV win put the Falcons record at 5-1 on the season, holding the top spot in the Central Division of the MYHSAL.  And with only two games remaining, the Falcons are now looking for wins in their final two games to secure a home contest in the MYHSAL Playoffs this coming May.  They will get a chance for their 6th win on Thursday, May 5, when they travel a short distance to Bay Parkway to take on the Magen David Warriors in the first game of a JV/Varsity doubleheader. The games are rescheduled from their original March 21 date, when they were snowed out.  Game time is set for 7:30 pm. 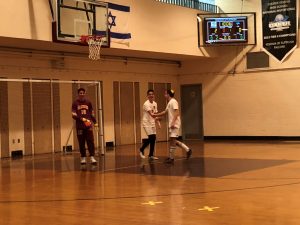 The Varsity victory puts the Falcons’ record at 4-1 with three games remaining, and has the team sitting in second place int he MYHSAL Central Division, behind division-leading Ramaz.  The Varsity will look to keep their 4-game winning streak alive on Monday, April 16, when they travel to Upper Mahattan to take on MTA.  Game time is 8:00 pm.