The Flatbush Boys JV Soccer Team ran into a tough opponent on Tuesday night (5/8), dropping behind early and never recovering as the Kushner Cobras scored early and then often in dropping the Falcons by a score of 12-1 at the Falcons Nest in Brooklyn, NY. 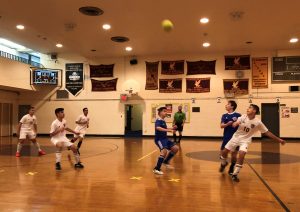 Because of Divisional alignment, Flatbush entered the game assured of a playoff spot while the Kushner Cobras new that no matter the result they would be on the outside of the postseason looking in.  But, that did not prevent the visitors from bringing their best from the outset. 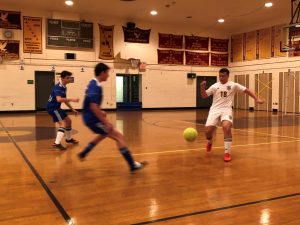 Flatbush Goalkeeper David Lindner came under with a few saves right off the bat.  And, Shlomo Tangy and Michael Soussan each had offerings at the Kushner goal, but a defensive miscue three and a half minutes in left Kushner an open look at the Falcons net, and the Cobras took the early 1-0 lead.  Flatbush’s Soussan had a blast from the wing, but the Kushner keeper made a big-time save – with his face!  Kushner scored two more times before Isaac Kroub set up Soussan for Flatbush’s first score of the game at the 4-minute mark.  Lindner came up with a great legs save right at the buzzer to keep the score unchanged. At the end of one, Kushner held a 3-1 lead. 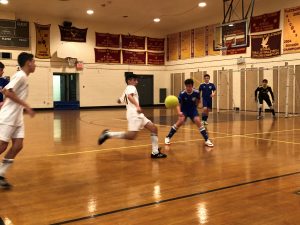 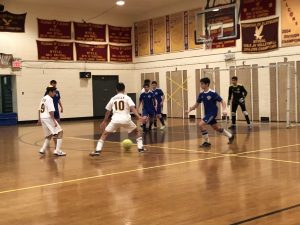 It took only four seconds for Kushner to make an impact in the second quarter.  In less than one second, they sent Flatbush’s biggest threat in Soussan to the lockers after he took a blast point blank in a most soft spot of his anatomy.  On the ensuing restart, the Cobras blasted away again, and this shot went straight into the top shelf, just out of the reach of Lindner and just under the crossbar. It was the perfect shot in the perfect place, and the Cobras quickly extended their lead.  Lindner came up with some strong saves, but the Kushner attack was relentless.  The Cobra goals began to pile up.  Kushner tripled their point total. At intermission, it was 9-1 Kushner. 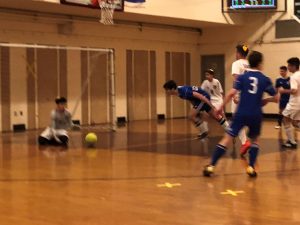 Looking to spark something, the Falcons coaches made a change in the net, inserting Jack Levy in goal.  Levy made a pair of nice saves, but two minutes in, Kushner beat him as well.  Kushner got three more goals in the quarter.  Sasson and Soussan both had really good looks at the Cobra goal, but were denied.  Levy made a save just before the buzzer, but the deficit was too great.  The 12-1 score meant the game had reached its conclusion, and Kushner had defeated Flatbush. 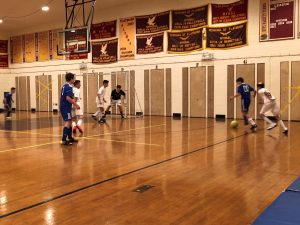 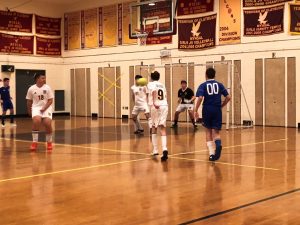 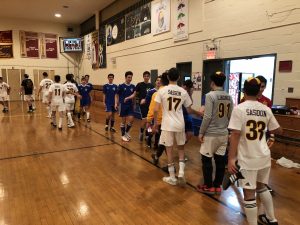 NEST NOTES: The loss puts the JV Falcons’ record at 5-3 on the season, tied with Magen David for the top spot in the Central Division of the MYHSAL.  The Falcons now await the completion of all League games to see who they will face in the opening round of the MYHSLA Playoffs.