The Playoff runs for Flatbush’s Boys and Girls Varsity Soccer Teams ended just as soon as they began, with the teams falling to their top-seeded opponents on consecutive nights in Teaneck, NJ; the Boys lost on Monday night (5/14) to TABC by an official score of 7-0 while the Girls were defeated by Ma’ayanot on Tuesday night (5/15) by a wide margin, bringing their respective seasons to an end with the MYHSAL Quarterfinal losses. 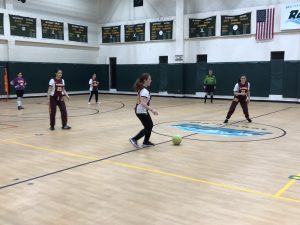 Qualifying for the playoffs is a noteworthy accomplishment for any team.  But, when you are the final team to earn a playoff berth, it often means your opening round match is against the top team in the league.  That was the case for both Flatbush Varsity Soccer squads.

Though battling hard all season, and enduring a roster in flux, the Falcon boys earned their playoff berth primarily by virtue of having split their season contests with SAR, finishing one spot ahead of them in the Eastern Division.  That earned them an opening round game with top-seeded TABC.  They knew it would be a challenge just to keep the game close, and they battled hard to dojust that.  Captain Yaron Sternberg spearheaded the attack, with active support from Junior attacker Albert Hamui, but the Storm defense parried each and every thrust from the Falcon offense.  Ronnie Menashe was solid in goal for Flatbush, and Yossi Ojalvo ranged far and wide to try to keep the crease in front of Menashe clear, but TABC was just to strong.  In the end, TABC wore down the Falcon defense, and coupled with a shut down performance by their own defenders, advanced to the Semifinals, while the Flatbush boys’s season had come to an end.

Tuesday night saw the Varsity Girls make a similar trek across the Hudson River, but this time it was a longer trip as their bus had to battle delays due to severe weather that pounded the region.  Though a rainbow shone over the City by the time the bus arrived to Teaneck, it still delayed the start of their playoff match with Ma’ayanot. 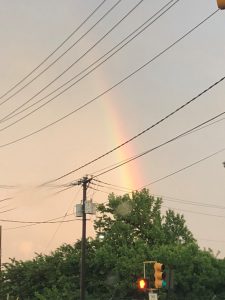 Much like the boys, the Varisty Girls were the last team to qualify for the playoffs, and as such drew a tough opponent in the top-seeded Rapids.  senior Renee Gindi was ready and primed in goal, and the Rapids knew she would be tough to beat, having faced her in the past in the playoffs.  As sharp as Gindi was early on, the Rapids skilled attackers were just too tough.  They scored early and often and began to build an insurmountable cushion.  Flatbush looked to veteran attacker Regina Saada to try and mount an attack, but the Rapid defenders made getting a shot on goal most difficult. 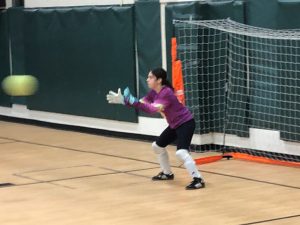 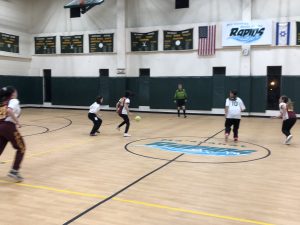 Eventually, Head Coach Edie Koslowe turned to second line attackers Brenda Tawil and Esther Hidary to see if they could make something happen.  In the second period, Hidary managed to get one past the Ma’ayanot keeper, getting the Falcons on the board.  But, it would be the only score for Flatbush all night long.  Ruthie Soffer managed a shot or two as well, but to no avail.  Defenders Betty Greenberg, Vivien Durzieh, Rachel Shasho and Jackie Mann did all they could, but Ma’ayanot skillfully evaded their defensive play. 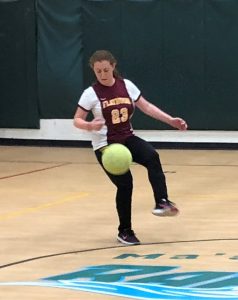 Late in the game, Flatbush inserted Julie Saadia in goal, giving Gindi a chance to attack on offense.  It looked like it might work, but the Rapids continued to deny the Falcon attack, and they continued to score on the Flatbush defense.  When the dust had settled, Ma’ayanot was victorious by an exceedingly wide margin. 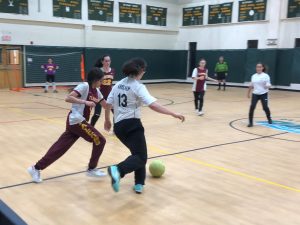 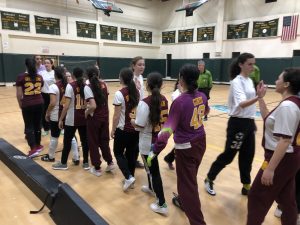 Nevertheless, the Falcons were in good spirits after the game.  “Playing this game was really fun,” shared Hidary.  “Even though we lost, they were a great opponent and they played the game the right way.”  In the face of a tough loss, that attude speaks volumes about the character of both the Falcons, and their opponents.  And, it sets a positive tone heading into the off season. 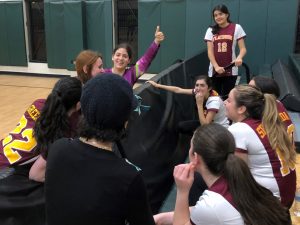 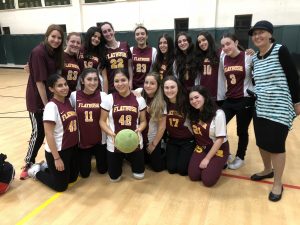