On  a night where 3/4 of the schedule was done in by an unseasonably snowy wintry mix, the Flatbush JV Boys Basketball team provided all of the athletic activity on Thursday night (11/15) as the Falcons jumped all over the Derech Hatorah Bulldogs and ran away with a large victory at the game played right up Avenue K at the Andries Hudde JHS on Nostrand Avenue in Brooklyn, NY. 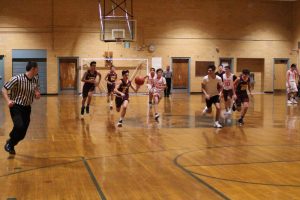 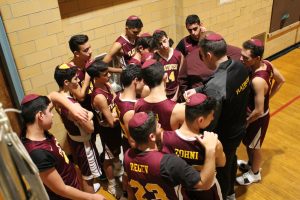 The Flatbush defense, spearheaded by the swift guard trio of Yigal Laham, Nathan Shabot and Morris Dweck kept the bulldogs off the board for almost two and a half minutes, while the offense was busy building a 12-2 lead, paced by the inside play of Sammy Levy and Teddy Hara. By the time the Bulldogs called a second time out, there were two minutes and 34 seconds left and Flatbush was up 20-2. Head Coach Gus Kennedy was substituting liberally, and Abie Saada kept the scoring going with a banked runner. Levy added a thunderous block before the final seconds, and at the end of the first quarter, Flatbush was in command, 24-2. 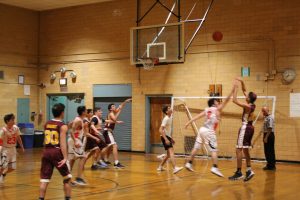 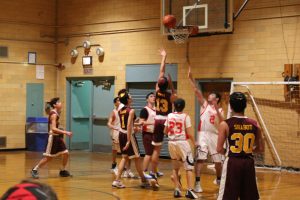 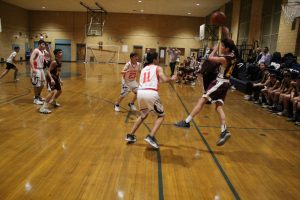 Lawrence Dweck came in to start the second quarter and did the job at both ends, forcing a turnover on defense then draining a corner jumper.  David Ronen also stepped up, with a defensive rebound followed by an inside hoop at the other end. The pace of the game slowed down, though, and as the teams reached the half, Flatbush lead by a score of 31-9. 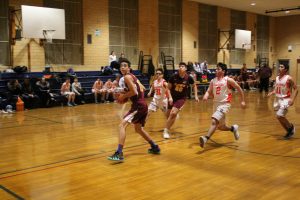 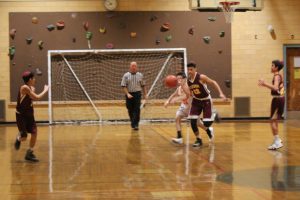 Hara opened the second half with four straight made free throws.  A Marvin Ebani three made it a 42-13 game with half of quarter number three gone.  A minute later Ebani repeated his shot from the other side of the court. He had the hot hand, scoring 11 points in the quarter and lifting Flatbush to a 52-17 lead with one quarter left to play. 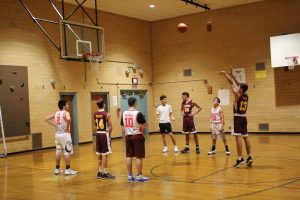 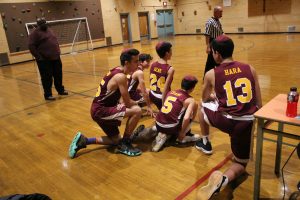 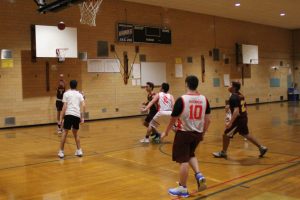 The fourth quarter saw Michael Flaster bring his teammates to their feet with a great move in the post, which he finished off for a deuce. The Falcons reserves kept running the offense, with Saada, Steven Chetrit and Aaron Vilinsky reaping the benefits. When Remy Zhoni pulled in the final rebound, Flatbush was the winner by the final score of 69-19. 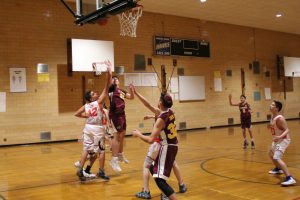 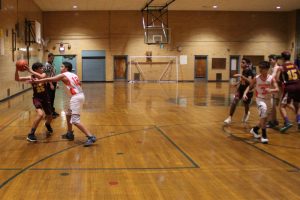 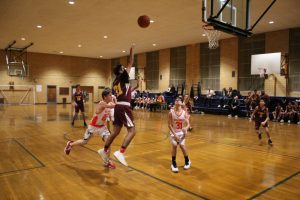 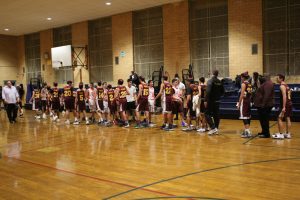 Afterwards, Coach Kennedy stressed the positives, and kept the focus going forward, pointing out that “while it is always worth celebrating a win, it is important to keep your focus as we have a big game coming up on Sunday and we better come ready to play.” 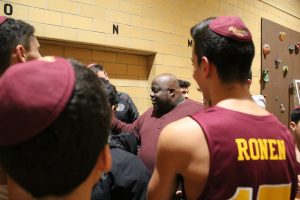 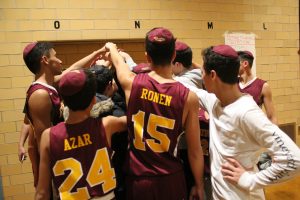 NEST NOTES:  That Sunday, November 18 match up is with the always dangerous Wildcats of DRS.  Tip off at the Falcons Nest will be at 12:00 noon.

Flatbush was led in scoring by Marvin Ebani who tallied 14 points on the night.