The Flatbush Girls and Boys Basketball programs took a break from the League schedule to welcome counterparts from the Box Hill Senior Secondary College of Victoria, Australia Thursday night (12/6), and though the Aussies dominated play on the court, the Falcons hoopsters shared some holiday hospitality with their guests from Down Under in the Falcons Nest in Brooklyn, NY. 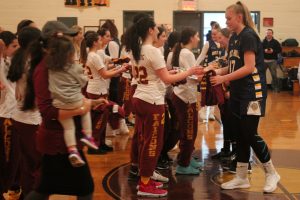 Girls Basketball Head Coach Rozan Mizrahi-Loudon took advantage of the out-of-conference match-up to allow members of her Varsity and JV rosters to join as one in taking on the Box Hill SSC girls.  While the Falcons clearly had a good time on and off the court with the Australians, it was clear from the opening tip that the visitors were one high-caliber group. 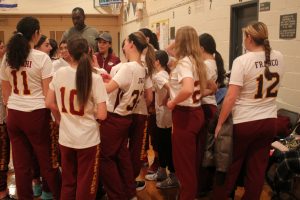 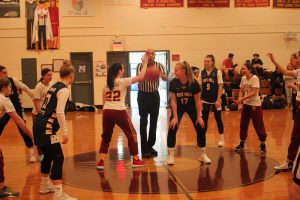 They were quick, they could jump and they could shoot – both inside and outside. The Falcons played hard, and looked to run on offense and defend on defense, but the Box Hill players showed why they are one of the top teams in their own league.  They converted the Flatbush misses into quick fast breaks, and when Flatbush forced them into a half-court set, they showed that nearly every one on their roster could shoot the three-ball.  Flatbush eventually got offensive production from Raquel Oved and Renee Kubie, and Sarah Gammal did everything she could to try and slow down the explosive Box Hill offense.  As it was a non-league game, Flatbush Assistant Coach Sarah Horowitz was offered the opportunity to put on her Falcon uniform one more time, and the present players welcomed her with open arms. 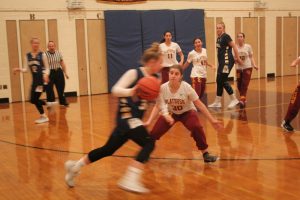 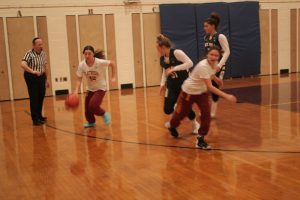 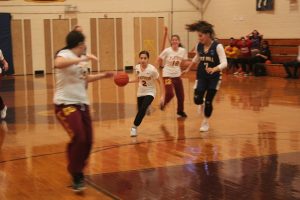 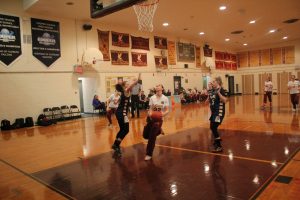 Horowitz showed flashes of why she was such a feared player in the MYHSAL.  But, the Aussies built a huge lead.  Coach Mizrahi substituted liberally to give all of her players the opportunity to see what it is like to play against an extremely talented team with a high-powered offense.  It was a welcome challenge to her JV’s, with Esther Mizrahi and Alexa Greenstein looking to attack the larger guards, and post player Lynn Franco showing no fear even though she gave away nearly a foot in height to her opposing center.  The final score was terribly lopsided, but in the end, it did not detract from the experience. 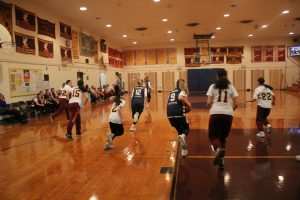 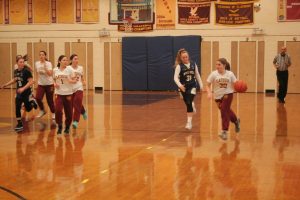 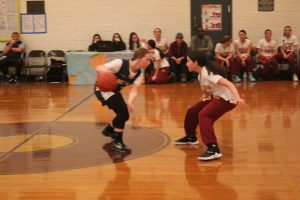 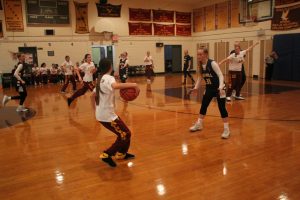 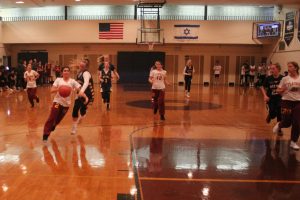 Afterwards, the girls from both teams had time to get together in the bleachers both before and during the boys game, and they hit it off fantastically!

Speaking of the boys game, the Flatbush Varsity and the Box Hill Varsity took the court next. Before the teams played, as with the girls before their game, the teams lined up across from each other for the playing of first the Australian National Anthem, then the Star-Spangled Banner of the USA and finally Hatikvah, the Israeli National Anthem.  The teams then exchanged gifts (a Flatbush “Rock the Nest” shirt for the Aussies in trade for a BHSSC winter beanie for the Falcons).  Finally, it was time to tip off the nightcap. 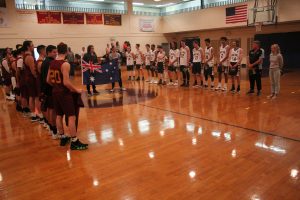 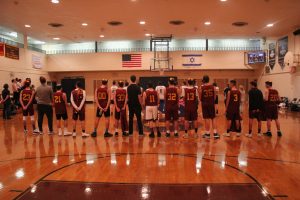 Having come off a tough loss to Magen David the night before, Head Coach Michael Gurock looked to use this game to get his reserves some much needed action, and give his starters a more limited role coming off the bench.  The Falcons ceded size to the Box hill boys, but not speed and quickness.  The teams played near even ball for the first few minutes, with Abe Chetrit, Kal Abed and Alan Sassoon pacing the Flatbush offense, and Eli Cohen providing some size inside to counter that of the Australian post players.  Coach Gurock substituted liberally, giving all on the roster a chance to test themselves against the physicality of the Aussies, and though the visitors ended up putting some distance between themselves and the Falcons, the Boys from Brooklyn showed they could contend with the speed and strength of the Australians. 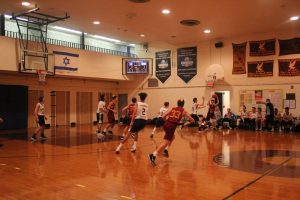 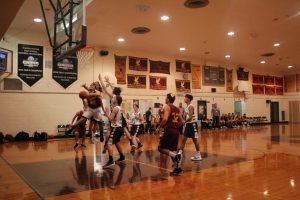 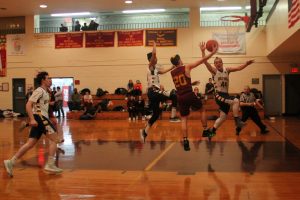 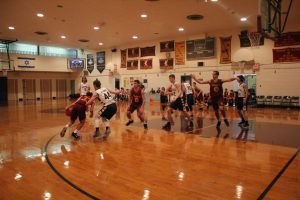 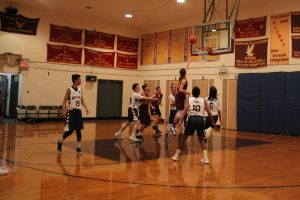 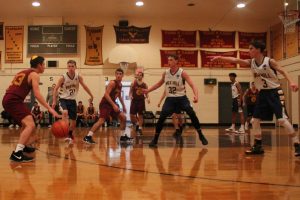 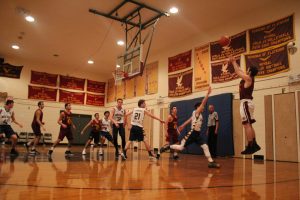 After the games were done, all the players moved to the Old Student Lounge, where dinner was waiting for all.  But before a feast of pizza and fries, time was taken to light the candles for the 5th night of Chanukah.  With the Australian guests not of the Jewish faith, the custom was unfamiliar to them.  So, Flatbush Boys Senior Basketball Center Jack Rosow explained the reason behind the custom of lighting candles, as a celebration of the miracles of both the victory of the Maccabees over the more powerful Assyrian Greek army as well as that of the pure oil of which there was only enough for one day lasting eight days, the time necessary to procure more pure oil for the Temple menorah.  After all joined in the singing of the blessings, Flatbush Senior Boys Basketball Guard Mo Goldman and Senior Girls Basketball Center Betty Greenberg lit the candles.  In no rush to leave, the players from both teams mixed in with each other, and they shared stories of life in their respective countries.  When it was time for the Australians to go, it was clear that connections had been made as the former opponents shared contacts with new friends. 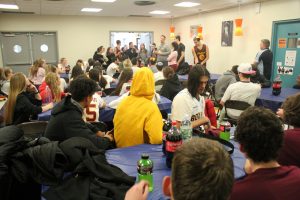 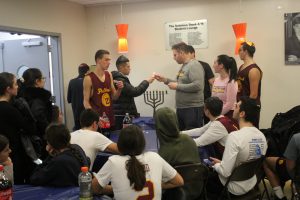 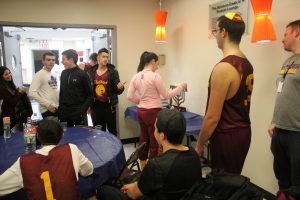 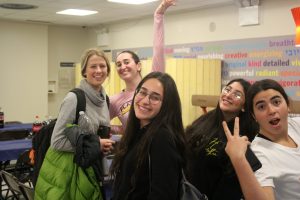 Freshman Alexa Greenstein was particularly appreciative of the the opportunity afforded by the visit of the Australian teams.  “This was such a fun night! I made so many new friends.  It was really exciting, and I hope we get to do it again.”  That is what night’s like this are all about! 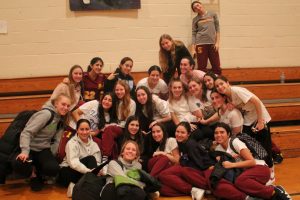