The Flatbush Falcons hosted a triple-header on Sunday (12/16), and the Falcons came away with wins by the 7th Grade Girls in the opener and the 6th Grade Boys in the closer while the 6th Grade Girls fell in the middle game at the YoF Elementary School Gym in Brooklyn, NY.

The most exciting game of the day was the first on the schedule, as true to the form they have shown in every game this season so far, it would go down to the final seconds.  And like all three previous games, the end saw Head Coach Sylvia Franco’s girls pull out the win in those final moments.  But, at the outset it did not look like it would be close finish at all.  In fact, it looked like it would be the Falcons first loss of the season, as the Hawks jumped out to the early 8-2 lead, and Flatbush trailed by as much as 8 points.  But, the Falcons soon began to close the gap, and by halftime the lead was down to 4 points.  Coach Franco took advantage of the halftime to refocus her girls, and it made a big difference.  The Falcons increased the intesity of their full-court press, and it was effective, leading to a number of quick strikes for the Falcons.  With Jen Oved leading the way (she would finish with a game-high 9 points), Flatbush moved in front, and built a 6-point lead with two minutes left to play.  The cushion proved key as HAFTR scored the next four points, to close to within two.  HAFTR had a chance to tie in the final moments, but the defense came up with a stop, and the victory went to Flatbush by a final score of 25-23.

Next on the court were the 6th Grade girls.  Head Coach Renee Dweck’s girls have had a rough go of things early on in the season, and this afternoon proved no different as these Falcons are continuing to learn the game.  The game started out positively for Flatbush in their first home game to date, as the Falcons actually held the lead after the first quarter behind strong shooting from Rochelle Cohen.  Coach Dweck’s girls executed the defensive game plan well, keeping the game close even though HAFTR moved in front by halftime.  HAFTR began to extend their lead in the second half, but Flatbush got a big boost when Julia Beyda hit a basket, got fouled and hit the foul shot as well.  It was not enough, though, as the Hawks pulled away, wining by a final score of 22-7.  Coach Dweck was veery proud of the effort put forth by her young team, stating “they are improving tremendously each and every game.”  The next game is a rematch with these same HAFTR Hawks next Sunday, December 23 back at the Flatbush ES Gym with an early tip off scheduled for 9:15 am. 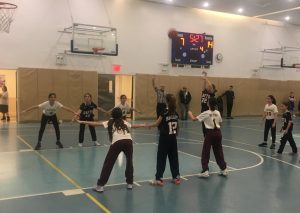 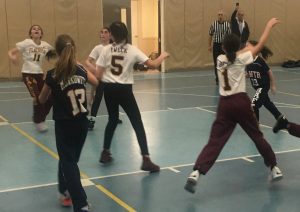 The final game of the triple dip belonged to Head Coach Gus Kennedy’s 6th Grade Boys.​  After coming out flat on Thursday night against Derech Hatorah (a game the falcons eventually won), the Falcons responded with urgency and effort. Led by Ricky Haddad, Flatbush hit the ground running as they ripped off an 11-3 run to end the first quarter. Max Abed returned to the line-up, and along with Yonatan Ben-Simon, led the way on defense with multiple steals and easy lay ups in transition. In the second quarter, HALB began to close as the Falcons were sputtering, and so the coaches brought in Victor Shalom. Shalom brought a spark off the bench with multiple blocks, big rebounds and an 8-foot jump shot. The Falcons executed the game plan to perfection; energy, intensity and effort. 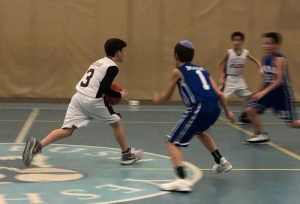 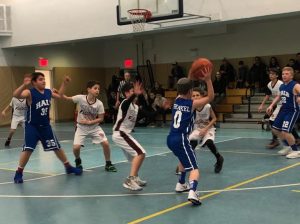 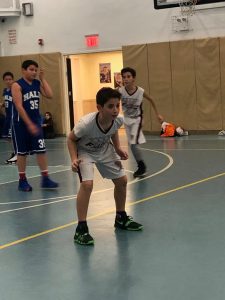 But, HALB bounced back at the start of the second half, going on an 8-2 run of their own, cutting the Falcons lead to just 7 points. The young Falcons responded with Teddy Beyda, Ricky Haddad, Eli Dabbach and Ryan Goldring leading the charge and eventually putting HALB far behind in the rear view mirror. Flatbush pulled away and capped the afternoon with the 38-26 win, keeping the Falcons undefeated so far, with a record of 5-0 on the season.  It was an impressive victory for the Falcons who now turn their attention to their arch-rivals – Magen David Yeshivah, their next opponent whom they will face on December 30th at their McDonald Avenue site. 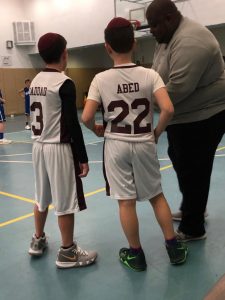