Five of the six Flatbush Middle Division Basketball Teams were in action on Sunday (12/30) with the 6th Grade girls falling at home while the 7th Grade girls won their fourth consecutive game by 3 points or less out on Long Island and the three boys squads went 2-1 in a triple-header with crosstown rival Magen David on the road at MDY’s McDonald Avenue venue in Brooklyn, NY. 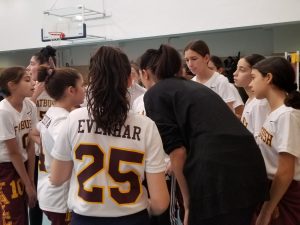 The day opened early in the morning with the Flatbush 6th Grade girls hosting Yeshiva Har Torah at the YoF Elementary School Gym.  The young Falcons came in still looking for their first win of the season.  This would be a rematch of the opening game of the season for both schools.  That game was about as close as you can get, with Flatbush falling by 1 point, 17-16, at Har Torah.  This one would prove almost as close.  The teams traded baskets for most of the morning, with Flatbush holding the advantage early in the second half.  The Falcons showed they had improved offensively since the start of the season, but so had YHT.  But in the end, it was Har Torah that took the lead late and went on to secure the two-point win, 24-22. 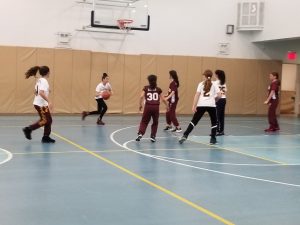 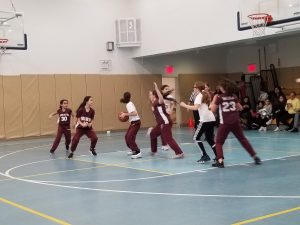 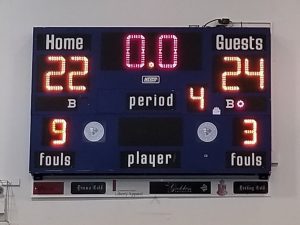 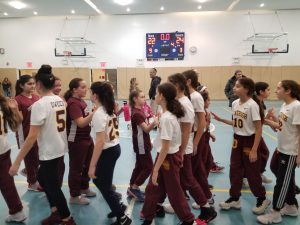 The 7th Grade girls also had a morning start, and these Falcons headed East for a match up with the HAFTR Hawks.  The Falcons came in to the game having won all of their previous contests this season, but after a big win on opening night, each of the next three wins was by 1, 3, and 2 points respectively.  In other words, every one went down to the wire, including the last game which was also against these same Hawks.  Flatbush took control early, jumping out to a 6-1 lead.  The game then settled into a real back-and-forth contest, and by the fourth  quarter, the Falcons managed to extend the lead a bit to 8 points, with Jen Oved leading the way (she would lead all scorers with 6 points).  HAFTR was not going quietly, though, and soon evened the score at 20-20.  That was where things stood at the end of regulation.  The two rivals were headed to overtime!  The officials put three minutes on the clock, and almost all of those three minutes were about defense.  As they had done all game long, Allie Abraham and Mazie Zalta spearheaded the group that kept the Hawks off the scoreboard throughout the overtime period.  With the clock running down, Flatbush had the ball, and with 6 seconds remaining Renee Franco scored the first points of the extra period putting the falcons up by two.  Her teammates were so excited they ran out on the court, cheering and dancing.  There was one problem, though.  The game was not yet over.  The officials assessed a technical foul, giving HAFTR a chance to tie the game and send it to a second overtime.  The Hawk shooter missed both, but HAFTR had the ball on the change of possession.  The Flatbush defense stood tall, and when the clock zeroed out, the Falcons remained undefeated on the season by virtue of the 22-20 win. 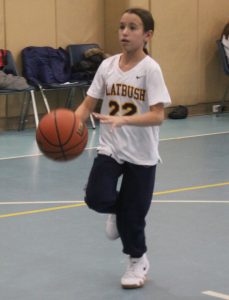 It was then the boys’ turn, and the 7th Grade boys opened the action at MDY’s Elementary School Gymnasium.  Head Coach Judah Rhine filed this report: 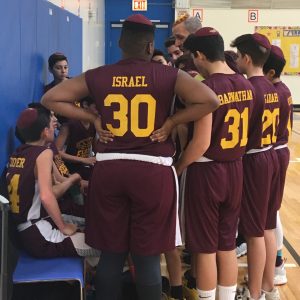 “In a showdown of two 7th grade, undefeated  teams,  Yeshivah of Flatbush visited their crosstown rivals, Magen David Yeshivah.  The opening quarter was an extremely low scoring start with MDY holding a 3-2 lead. In the second quarter the pace picked up, and led by Darren Kassin, Flatbush was able to pull out to a 17 – 10 halftime advantage.  MDY continued to try and stop Flatbush and crept closer, down 25-21 after three quarters.  In the fourth quarter, Flatbush, led by Ronnie Chaaya and Isaac Cooper, was able to break the MDY pressure and lead the team to a hard fought and solid 44-32 victory.

Flatbush is now 5-0 with sole possession of first place.  MDY falls to 4-1.  Flatbush was led by Isaac Cooper with 15 points, Ronnie Chaaya with 11 points, Darren Kassin had 6 points, Victor Ryba had 4 points, Jacob Zeitoune and Joey Hara each had 3 points, and Benny Keda had 2 points.  Moses Smeke led MDY with 12 points.  The Falcons will face Shaare Torah at home on Wednesday, Jan 2nd in their final game before winter break.” 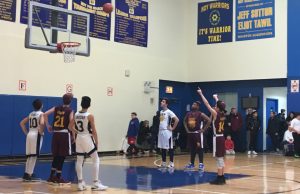 The 8th Graders stepped out on the court next, and like the 7th graders both teams put undefeated records on the line with the afternoon contest.  Magen came in having won all 5 of its games to this point, while Flatbush was almost equally as proficient at 4-0.  Something would have to give.  It was a close contest for the opening quarter, with Magen holding a slim 11-10 advantage.  But, the second quarter saw the Falcon offense stall out.  While Flatbush’s defense held the Warriors to 6 points, the Falcons managed only one single point in the quarter, and at the half the lead belonged to the host team by a score of 17-11.  Head Coach Mike Gelber used the halftime to inject some focus back into his boys, and they played with more determination in the third quarter.  They proficiently broke the Warrior press, and found success on the offensive end, going on a 9-0 run to take a 20-17 lead.  Magen snapped out of their offensive funk, and the teams remained close the rest of the way,  It was like that as the fourth quarter neared its close, with the teams never separated by more than two buckets.  However, the Warriors needed to foul to keep the Falcons within reach, and it proved to be a key strategy.  Flatbush had multiple opportunities to build a lead at the foul line, but came up empty time and time again.  When all was said and done, and the clock read 0.00, Flatbush was on the wrong side of a 31-30 score.  Coach Gelber needed direct his boys attention no further than to their performance at the charity stripe to see where this opportunity was lost (the Falcons shot a miserable 4-22 for the game). 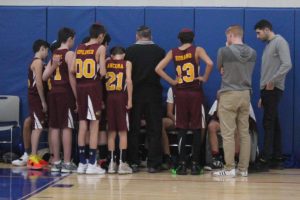 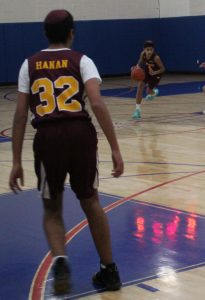 The final game of the day belonged to the 6th Grade boys.  Flatbush came in to the game riding a five game winning streak dating back to the start of the season, but it had been two weeks since Head Coach Gus Kennedy’s boys played against another opponent.  The team looked rusty, and it showed on the offensive end, where the Falcons struggled to score the ball.  Meanwhile, Magen entered the game with a record of 4-1, and was in rhythm throughout.  The Falcon 6th Graders put together their lowest scoring output of the season, and the Warriors took the game by a final score of 36-19, evening both teams’ records at 5-1 on the season. 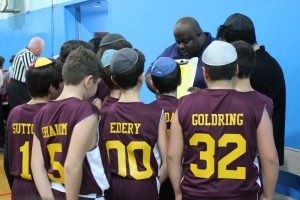 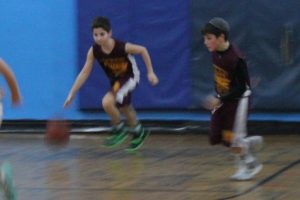 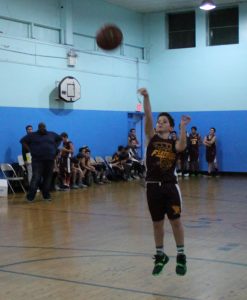 NEST NOTES:  The Middle Division will see two of its teams back in action later this week as the 7th and 8th Grade Boys will host a doubleheader with Shaare Torah on Wednesday, January 2, at the Elementary School Gym.  Game time for the 7th Graders is set for 7:00 pm, with the 8th Grade boys set to tip shortly thereafter at approximately 8:30 pm.