On Wednesday night (1/2/19), the Flatbush 8th Grade Boys rebounded from their first loss of the season while the 7th Grade Boys racked up another win as the Falcons took both ends of their doubleheader with the Shaare Torah Stars at the YoF Elementary School Gym in Brooklyn, NY. 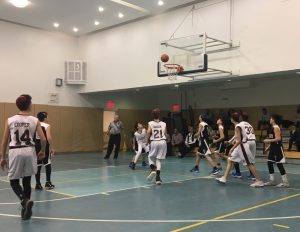 The game started off similar to the last game, with the two squads sizing each other up for the first quarter, and the Falcons holding a narrow 7-5 lead at the end of the peruiod.  By the second quarter, Head Coach Judah Rhine helped his boys gain their focus, and they soon built a double-digit lead to push ahead for a 27 – 16 halftime lead.  The Falcons outscored Shaare Torah 32 – 15 in the second half and were able to secure a solid 59 – 31 victory and moving to 6 – 0 in sole possession of first place.
Leading the way for Flatbush was Isaac Cooper with 20 points, Benny Keda scored 8 points, David Israel and Darren Kassin had 6 points each, Solly Gadeh and Claude Grazi added 4 points each.  Albert Shalom had 3 points and Bobby Faleck, Albert Khaski, Jacob Zeitouni and Joey Hara each chipped in with 2 points.  The Falcons now go on winter break and are looking forward to the second half of their season. 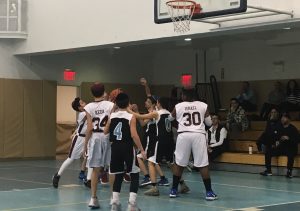 The 8th Graders took the floor next, looking to get back on track. 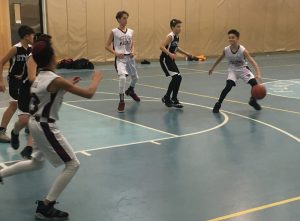 Having felt the sting of defeat for the first time in two seasons, Head Coach Mike Gelber’s boys took the floor with a singular focus, to execute the game plan as prepared in practices all season long.  Sammy Benun led the charge in the opening quarter, scoring 7 of the Falcons’ 14 points on the way to a 4-point lead at the end of the 1st Quarter.  The Falcons then ratcheted up the defense going triangle-and-2, and holding Shaare to only 1 point in the second quarter while putting 20 on the board themselves.  It blew open the game, and at the half Flatbush held a commanding 34-11 lead. 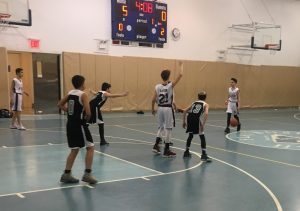 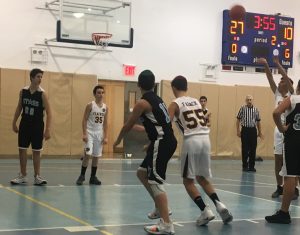 Coach Gelber rotated his roster in the second half, with each Falcon who took the court playing his role, and the lead was maintained throughout the remainder of the game.  When the final buzzer sounded, Flatbush was back in form, recording a 58-32 victory. Sammy Benun and Ben Falack let the way with 17 points each, and Danny Hanon supported the effort with 10 points on the night.  Of particular not, the Falcon 8th Graders showed improvement from the foul line, shooting 11 for 20 from the charity stripe. 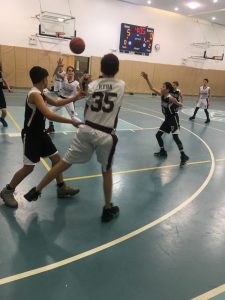 The 8th Graders will look to continue their return to winning ways when they host Barkai on Sunday afternoon, January 6, in the first game of an 8th Grade-6th Grade Boys doubleheader.  Tip off for the 8th Graders is set for 1:00 pm.