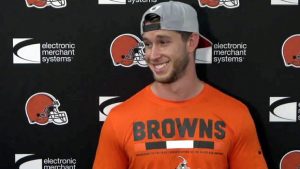 You could be hard pressed to find a young Jewish boy with a keen interest in athletics who while growing up  has not dreamed at one time or another of a career as a professional athlete.  The reality is that for the vast majority of us, that is all it ever will be – just a dream.  But for some, that dream does become a reality, and for this former Jewish Day School student, it came to fruition in the 2018 NFL Season. 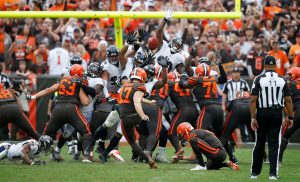 Greg Joseph’s dream came true in September, entering the third week of the 2018 NFL season.  With the Cleveland Browns smarting after two straight losses to start the season – both of which could just as easily have been victories and the second loss the result of two missed field goals and a pair of missed extra point attempts, the Browns released their kicker and turned to the rookie free agent from South Florida. 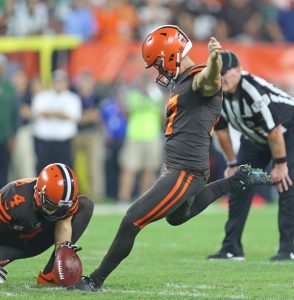 Joseph is a native of Boca Raton, and looked to be on track to kick in the NFL at the start of the season after signing with his hometown Miami Dolphins.  He made all three of his attempts for the Dolphins in the pre-season, but he was released just prior to the start of the regular season.  He was patient, though, and when the call came from Cleveland, Joseph was ready.  “Obviously, we have to find someone who can put the ball through the uprights,” Browns Head Coach Hue Jackson said after the team signed Joseph.  Their belief in the rookie kicker paid immediate dividends, as Joseph came up big in helping the Browns defeat the New York Jets, helping Cleveland end a 1-33 streak that spanned the past two seasons and the start of the 2018 season, making Joseph an immediate folk hero on the banks of Lake Erie. 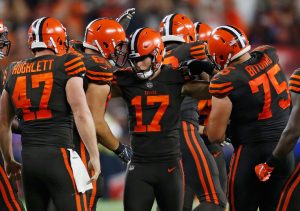 Joseph, attended Donna Klein Jewish Academy in first through the ninth grade. During his time at DKJA (2000-09), Greg was an active member on almost every sport team, while possessing amazing skills and sportsmanship both on and off the field. “Playing sports at DKJA taught me the value of team,” Joseph said about his experience as a student-athlete at the K-12 Jewish Day School. “It is there where I learned an athlete will not be successful just counting on him or herself because it is always bigger than ourselves.”

It was no surprise to the community when he continued to reach for the stars as a kicker for Florida Atlantic University’s football team. He then became DKJA’s first alum to sign a professional sports contract and one of the first players in FAU history to sign a rookie free agent contract with the Dolphins. 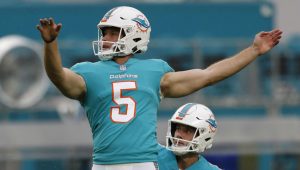 The Boca Raton native has been praised for his off-the-field charity word, and Joseph has credited his mother, a teacher and head of the math department at a Jewish Day School, for teaching him the values of giving back to the community. 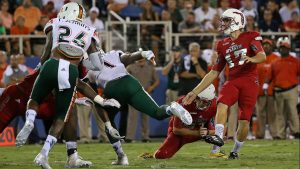 Greg Joseph played college ball at Florida Atlantic University.  He finished his career as their all-time field goal leader, and shares the school record for most extra points.