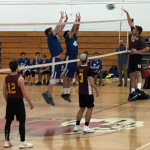 The Flatbush Varsity Boys Volleyball team made its first ever venture into postseason play on Tuesday night (5/22), and they came away with a hard-earned victory defeating the Lions of the Solomon Schechter School of Long Island in a classic 5-set match in Old Wesbury, NY. The Falcons finished the season with a record of 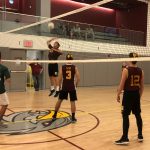 The Flatbush Falcons closed out their home regular season on Monday night (5/7) looking to secure a playoff spot for the first time in school history, but after taking a 1-0 lead, the Falcons dropped three straight close sets to the visiting North Shore Stars, falling by a final tally of 3-1 at the Aux 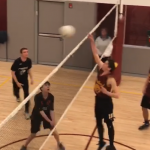 The Flatbush Varsity Boys Volleyball Team went 2-0 on the week, following up a Tuesday night (4/10) road win over YDE by capping a solid week of play on Thursday night (4/12) with a big 5-set win over perennial League power Frisch on the home court at the Aux Nest in Brooklyn, NY. The Falcons 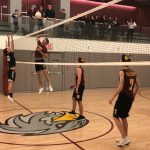 The Flatbush Falcons and Magen David Warriors faced off on the volleyball court Tuesday night (3/27), and the two rivals needed the maximum five sets to decide a winner, with the visiting Warriors coming from behind and pulling away late to win the epic match by a score of 3-2 at the Aux Nest in 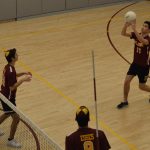 The Flatbush Boys Varsity Volleyball Team got the 2018 season off to a quick start on Tuesday night (3/13), albeit a week later than originally planned, when they made quick work of the Kushner Cobras, defeating the Central New Jersey squad in straight sets, 3-0, in the Aux Nest in Brooklyn, NY. The Falcons had 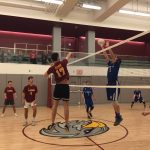 The Flatbush Boys Varssity Volleyball team got back on track Thursday night (4/27), recording a most convincing straight sets win over the visiting Lions from the Solomon Schechter School of Long Island at the Aux Nest in Brooklyn, NY. Digs from Jason Dayan and Teddy Beyda along with power spikes from Sammy Burekhovich off of 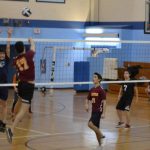 The Flatbush Varrsity Boys Volleyball team opened its season Monday night (3/13) on the right foot, winning three straight sets after dropping the opener to defeat the Kushner Cobras on their home court in Livingston, NJ. This newest edition of Falcon Volleyballers has been preparing for this day since the fall, hoping to get a 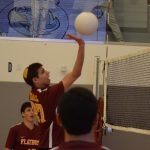 After an epic battle in the first set that needed 5 extra points to decide a winner, the Flatbush Falcons came back late to defeat the always dangerous Frisch Cougars in a classic 5-set match to finish the 2016 season on a winning note Monday night (5/9) at the Aux Nest in Brooklyn, NY. The match was 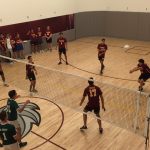 Trailing late in both of the final two sets, the Varsity Boys Volleyball team came from behind not once, but twice to take down the visiting North Shore Stars to collect their first win of the season, 3-2, on Tuesday night (4/5) in the Aux Nest in Brooklyn, NY. After a shaky start in the 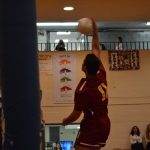 The Flatbush boys bounced back with a huge team effort on Wednesday night (4/22), vaulting themselves back into the MYHSAL playoff picture with a dominating performance, defeating the HAFTR Hawks in straight sets in the Falcons Nest, winning 21-11, 21-14 and 21-19. The team’s first win seemed like ages ago, and coming off two straight