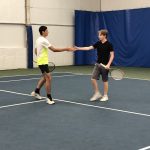 With a sweep of a Boys/Girls Doubleheader on Friday afternoon (6/1) added to a classic duel won by the Boys earlier in the week, the Flatbush Boys and Girls Tennis teams both secured spots in the 2018 MYHSAL playoffs by virtue of earning the top spots in the League’s Eastern Division, with the Girls 4-1 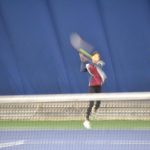 In a most rare occurrence, the Flatbush Varsity Girls Tennis Team had three of the five sets go to tiebreaks, with the SKA Lightning prevailing in two out of the three to take the match by a sscoer of 3-2 on Thursday night (5/10) at the Alley Pond Tennis Center in Queens, NY. With a 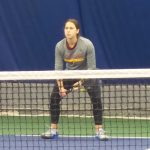 It took until early May, but on Thursday night (5/3) the Flatbush Girls Varsity Tennis team finally took to the courts in competition, defeating the Central Wildcats by the score of 4-1, then coming back three nights later on Sunday (5/6) to dismantle Magen David in straight sets, 5-0, both victories coming on the hallowed 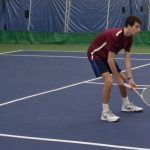 The Boys and Girls Tennis teams traveled to Alley Pond Tennis Center on Wednesday night (5/3) where they earned a split with North Shore with the Boys edging out the Stars by a score of 3-2 while the Girls fell by a score of 4-1 in Queens, NY. In the Girls match, both teams were faced 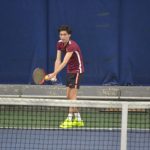 The Flatbush Boys and Girls Tennis teams hit the court running as they dismantled their Magen David Warrior opponents in opening the season with straight sets victories on Sunday night (4/2) at the MatchPoint NYC courts in Brooklyn, NY. The Flatbush boys singles players dropped a total of two games to the MDY boys, with 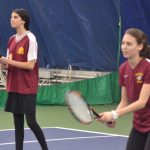 With much on the line, the Flatbush Falcons Boys and Girls Tennis Teams came up big with a dramatic sweep of their counterparts from HAFTR Wednesday night (5/25), as the boys secured and undefeated regular season with a 5-0 victory and the girls tied for 1st place in the Eastern Division with a 3-2 win 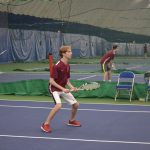 Against an opponent that pushed the Falcons Tennis teams more than any other so far this season, the Boys continued to rack up the wins, while the Girls fell for the first time, with both matches finishing with a 4-1 score at Alley Pond Tennis Club in Queens, NY. The boys came in to the 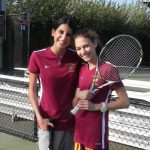 The Varsity Boys and Varsity Girls Tennis Teams opened their season Sunday night (4/3) at Mill Basin’s MatchPoint USA indoor tennis courts with a pair of victories over their opponents from crosstown rival Magen David Yeshivah. The boys faced a real challenge from the Warriors, as Meyer Kassin would battle MDY’s David Mizrahi at 1st 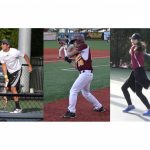 An intense, 3-day period saw the remaining Falcon athletic teams rise to occasion on the playing field, bringing their best to the opposition, only to see those efforts fall short as the Spring 2015 season came to a close with losses for Baseball, Girls Tennis and Boys Tennis in the MYHSAL Playoffs. The playoff weekend 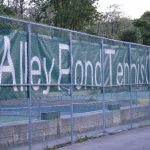 The Girls and Boys Tennis Teams took to the road Wednesday to the far reaches of Queens to do battle with their counterparts from HAFTR at the Alley Pond Tennis Courts; on the line – the final spots in the MYHSAL Tennis Championship playoffs. After weeks of shuffling, the site in Queens was secured for