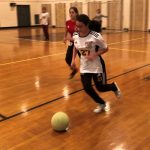 The Flatbush Girls JV Soccer Team concluded its home schedule on Tuesday night (5/1), and though they battled hard, they were toppled by a powerful Frisch squad, losing their home finale by a large margin at the Falcons Nest in Brooklyn, NY. Though the Falcons had been playing much improved defense of late, Frisch brought 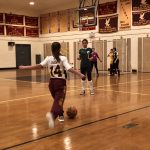 The Flatbush Girls Soccer Teams ran into an immovable object on Monday night (4/9), dropping both ends of a JV/Varsity doubleheader via large margins at the Falcons Nest in Brooklyn, NY. Flatbush’s JV Girls opened the night’s contests, and spotted the Stars two quick goals right off the bat.  The Falcons then proceeded to play 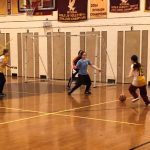 The Flatbush Girls JV and Varsity Soccer Teams took on their counterparts from Yeshiva University’s Central High School for Girls Thursday night (3/15), and they dropped both ends of the doubleheader to their Queens opponents – the first loss on the season for the Varsity – at the Falcons Nest in Brooklyn, NY. The JV’s played the 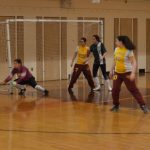 Two flukey goals at the start of the 4th Quarter proved to be the difference as the Flatbush Falcons Varsity Girls Soccer team fell i the opening round of the MYHSAL Playoffs to the visiting North Shore Stars by a score of 3-1 on Tuesday night (5/9) at the Falcons Nest in Brooklyn, NY. Flatbush 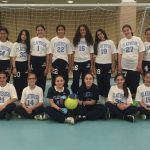 The Flatbush Middle Division Soccer teams dropped both ends of a Girls/Boys doubleheader with visiting Yeshiva of Central Queens on Tuesday evening (5/9), but along the way it was clear that the teams are continuing to improve their level of play with their overall performances at the Elementary School Gym in Brooklyn, NY. The MD 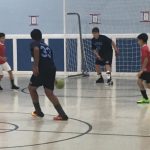 Interscholastic indoor soccer made its debut in Flatbush’s Middle Division Tuesday night (4/25) as the Boys team travelled to Solomon Schechter School-Queens and the Girls team hosted Rosenbaum Yeshiva of North Jersey with mixed results as the Girls fell to an older, more experienced group while the Boys came back to Flatbush with a big 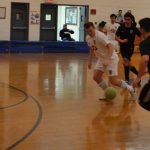 With all but one senior absent from the Flatbush Varsity Boys and an a number missing from the varsity Girls Soccer rosters on Wednesday night (4/5), the attending players were forced to log extended minutes on the court, but they showed no signs of fatigue as the Boys dispatched the Ezra Academy Eagles by a large 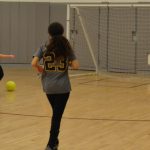 The Flatbush Varsity Girls Soccer team came to play Monday night (4/3), and set the tone early with 4 straight goals from leading scorer Regina Saada on their way to a 20-4 win over the Wolverines of Westchester Hebrew High School at the Aux Nest in Brooklyn, NY. Junior Striker Regina Saada needed only 30 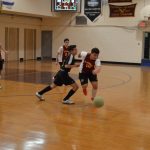 The Boys JV and Girls Varsity Soccer Teams took to the road on Thursday night (3/30) where they rang up 18 goals combined, but the net result was a split as the JV Boys’ second half comeback fell just short while the Varsity Girls ran away with a big-time win at HAFTR in Lawrence, NY. 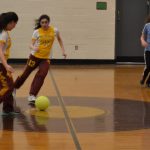 The Flatbush Girls Soccer Teams had a rough night Tuesday night (3/28), battling hard but dropping both ends of a JV/Varsity doubleheader to the Central Wildcats at the Falcons Nest in Brooklyn, NY. The JV girls came out battling, and right from the outset, Goalie Julie Saadia made a great save to electrify the Flatbush bench.